How did you get to know the University of Žilina and what was the reason for your visit?

GM: In March 1990, the first post-border conference called "Signaltage der Bahn" (Railway Signals), took place in Dresden. During the dinner we – Mr. Heinz Laumen, General Major Konrad Manthey (in retirement) and I – got to know prof. Skýva. After this meeting, we exchanged letters with the University of Žilina and prof. Skýva in regard to the cooperation we had suggested. In June, Mr. Manthey, as a representative of S&B, visited Žilina. A reciprocal visit of prof. Skýva took place in Mönchengladbach in February 1991.

Had you heard about Scheidt & Bachmann before you met Dr.h.c. Gert Miller?

LS: I had known Scheidt & Bachmann only from professional literature until 1989. At that time, I was head of the Department of Technical Cybernetics, and in 1990 I asked the university´s library to prepare a list of West German companies focused on computer management systems to me. I found Scheidt & Bachmann in that list. Of course, I didn't know the owners or any of the representatives at that time, but I had a good idea of their production.

Can you tell us about what you spoke at your first meeting? Whose idea was to establish a subsidiary in Žilina? What expectations did you have at that time?

GM: At that time, Scheidt & Bachmann were building relationships with the University of Dresden represented by prof. Fenner and at the same time, we also tried to promote our intention in Žilina – to enable young students to start their career in our company by setting out topics for diploma theses. At that point, Scheidt & Bachmann worked intensively on the development of computer-controlled railway signalling systems.

In June 1991, the rector of the University of Žilina, prof. Kulvánek, visited Mönchengladbach. In August of the same year, we arrived in Žilina and intensified the discussions about diploma theses and also presented our intention to establish a small – as they say today – startup. At that time, startups were named as CIM centres which were based at technical universities and colleges, such as RWTH Aachen. This is the way how the connection between the Technical University of Aachen and the University of Žilina were established.

LS: As I recall, our first personal meeting took place in 1990. I represented the University of Žilina – in that time, it was the University of Transport and Communications – at a conference in Dresden. I was elected to the chairman of the conference. At the dinner, I met Mr. Gert Miller, who was accompanied by major general Konrad Manthey and Mr. Heinz Laumen. In this evening we spoke a lot about professional topics and opening the borders. At that time, we did not speak of any concrete forms of cooperation. For my side, I invited the gentlemen from Scheidt & Bachmann to visit Žilina.

What happened after your discussion?

LS: To my surprise, Mr. Manthey accepted the invitation and a few weeks later he visited our university. Together with the rector we presented him education and research at the university.

After this first visit many return visits followed. The result of our discussions was an agreement on diploma practice for students of our university directly in the company in Mönchengladbach. It has been implemented since 1992. Probably at that time Scheidt & Bachmann started to plan to establish a branch in Slovakia, but real steps were not taken until 1995, when more than 10 of my students had already completed their S&B diploma.

GM: From 1991 until the establishment of the branch in Žilina, more than 10 students, among them Mr. Róbert Kulla, Mr. Ján Krúpa and also Mrs. Marína Schiffer, wrote their diploma theses at Scheidt & Bachmann. At the same time, Scheidt & Bachmann commissioned a number of research tasks to the university. Among other things, there were intensive talks about a new modern railway construction technology, that our company was developing, and many research and development tasks related to this topic. The demonstration models were also placed on the university premises at the same time.

The idea of founding the company had finally matured in 1994 after the visit of rector Kopecký and then things began to move. In June 1995, we rented an office on the university premises, where 7 young motivated students started to work. The final establishment of the subsidiary took place on 13rd November 1995.

In the following years, a number of students completed their summer internships at Scheidt & Bachmann. They got to know the structure of our company and took German courses. Many of them also wrote their diploma theses at S&B.

In March 1997, after my visit to rector Dado, it was recognized that Scheidt & Bachmann's activities were so intensified that a separate plot of land with a corresponding new building was necessary. In December 1997 the appropriate site was found and the construction began in March 2000. The first part of the building was inaugurated on 12th June 2001.

What was the first task for the Slovak subsidiary?

GM: In the first years of cooperation, all students were integrated into the Signalling Systems division in Mönchengladbach. Therefore, only topics from this area were transferred to the new subsidiary in Žilina. The level crossing technology of BUES 2000 brought a number of tasks and most of these could be processed in Žilina.

Until 2001, the company was based at the university. How did the cooperation look like? What changed after moving the company to its own headquarters in Priemyselná Street in Žilina?

LS: The company was founded practically within the compound of the University of Žilina, it was located in one office which used to be a dressing room. The first employees were former students. Scheidt & Bachmann came to Žilina with the idea of a technology centre, where industrial companies cooperate with universities. I also visited a similar centre at RWTH in Aachen. We also collaborated very closely since the beginning. University researchers worked on a number of research and development projects commissioned by S&B. I recall the study of the feasibility of an electronic interlocking control system for branch lines with the functional interlocking logic software or a prototype of a ticket printer. After the company grew and moved to new spaces, cooperation did not stop. On the contrary, the volume of our joint projects grew as the number of employees.

At first, the Slovak company began to develop software for the Signalling Systems division, other software divisions joined one by one and in 2005 production started, too. How did the Slovaks gain your goodwill, and so the subsidiarity has become the largest one?

GM: Right at the beginning of the cooperation, we were very impressed by the personal interaction with the people from Slovakia. The open communication, but also a high level of education at the university convinced us to gradually build and develop our company here.

Three of your students (Róbert Kulla, Ján Krúpa and Marina Schiffer) are still Managing Directors of Scheidt & Bachmann Slovensko. How were they doing with their studies? How would you evaluate their management skills from the teacher´s point of view?

LS: They had excellent academic results and although it was just year 1991 they were able to speak German very well. To this day, we are still in contact. From my point of view I evaluate the activities of my former students in the company using one word – great.

Scheidt & Bachmann started with few employees in Slovakia, Mr. Kulla and Mr. Krúpa. Today, the company employs more than 700 staff in Žilina, Bratislava and Bytča, where it opened a new production hall earlier this year. Do you have any idea what the company might look like in the next 25 years?

GM: The number of Scheidt & Bachmann employees has increased worldwide from around 750 to 3,000 people over the past 30 years, and S&B Slovensko is now an integral part of our group of companies. We very much hope that our growth will continue to develop positively despite the coronavirus pandemic and that we will retain our own creativity and enthusiasm in all branches of our company in order to be able to implement customer requirements quickly and professionally in the respective technologies. If we succeed, the branch in Slovakia will also benefit from this growth.

LS: More than 700 people? What a pleasant surprise for me! I just hope that this number will continue to grow. Anyway, I keep my fingers crossed for them all and I believe in their success.

What memories do you have when you remember our company?

LS: The majority of my memories are related with frequent and long discussions between our university management and Dr.h.c. Gert Miller. We were strongly influenced by his suggestions and opinions. To this day his claim has been used among the teachers at the university: "Teach not for the present, but for the future." The university´s ceremony when G. Miller was awarded with the honorary title Doctor honoris causa for his lifelong merit in the field of the automation and student´s programmes was also unforgettable.

What message would you like to leave for Slovak employees?

LS: I wish all employees of the Scheidt & Bachmann group in addition to personal and professional success, also satisfaction and fellowship with the company. In the end, I want to wish everyone good health.

GM: They all are an important pillar supporting our company, just as Scheidt & Bachmann has become part of their lives. These are the best preconditions to successfully continue the journey that began almost 30 years ago. Good luck and all the best! 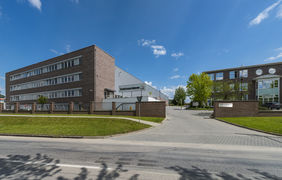 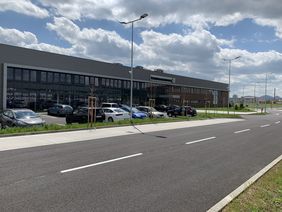